by Lindsey Winsemius - Posted 7 months ago 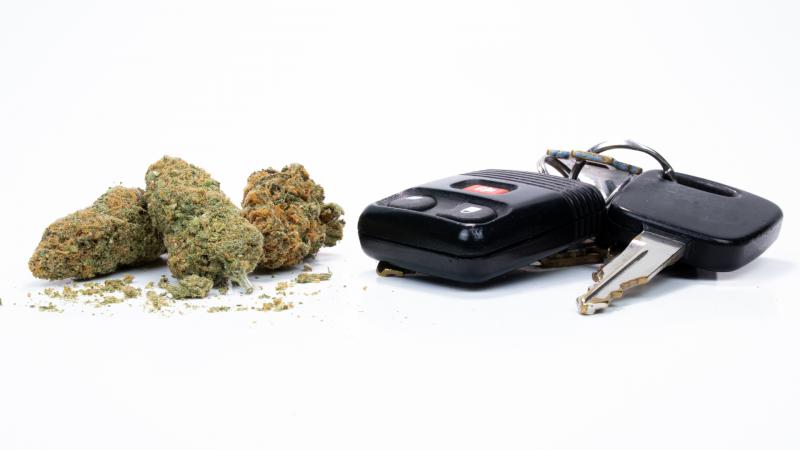 Wondering what the rules are in Nevada for using cannabis and driving? Laws surrounding drugged-driving can be confusing, vary by state, and are changing as we learn more about legal drug use.
Recent legislation reform has changed the Nevada DUI laws regarding Cannabis use from the existing “per se” to an impairment law.

What is the “per se” cannabis DUI law?

Under the old law (Nevada Revised Statute Section 484C.110), a blood  or urine test that showed any trace amounts of THC above the legal limit would result in a DUI conviction. No evidence of psychomotor impairment needed to be present.
The argument by many opponents to the per se law is that THC can remain in your system for up to two weeks, and may not be an accurate test of driving impairment.
Another argument that swayed the Nevada Supreme Court was that people using cannabis as a prescribed medical treatment should similarly not be convicted of a DUI because the cannabis is found in their system, if their driving was not found to be impaired.

Gov. Steve Sisolak signed new cannabis legislation into law in spring of 2021.
In October of 2021, the Assembly Bill 400 went into effect. Under this new Bill, the law is amended from a per se law to an impairment requirement to be charged with a DUI.
What is an impairment requirement? Law enforcement can still require individuals to provide a blood sample to test for levels of THC. However, prosecutors will now need to prove that the driver was not only using THC, but also that their psychomotor skills were impaired while driving under the influence.
Where the violation is considered a misdemeanor, the application of THC limits is eliminated. However, limits remain in place where the violation is punishable as a felony.

Other Cannabis Law Reforms in Nevada

Assembly Bill 158 revises first-time penalties for minors who possess personal use quantities of cannabis (up to one ounce) to community service. It also requires courts to automatically seal records for offenders once they have completed the terms of their sentence.
It is illegal in Nevada to use cannabis for individuals under the age of 21.

Cannabis DUI Laws Around the Country

Wondering how Nevada compares to other states?
Every state deals with drug-impaired driving in their own way. Drugged-driving laws can be more difficult to enforce, prosecute, and are not as straightforward as drunk-driving laws.
In addition to general impairment laws like the one passed in Nevada, there are two basic laws that states tend to use when addressing drug-impaired driving:
Zero Tolerance laws make it illegal to drive with any measurable amount of specified drugs in the body. These laws are best suited for illegal drugs: if it is illegal to possess or use a drug, then it is reasonable to prohibit driving after the drug has been possessed and used.
Per Se laws, which was the law formerly followed in the state of Nevada, make it illegal to drive with amounts of specified drugs in the body that exceed set limits.

The Future of Cannabis and DUI Laws

As more is learned about cannabis and how it affects people, laws can increasingly focus on addressing the problem of impaired driving that endangers lives, and less on punishing people who choose to use cannabis for health or recreation.
It is important for anyone choosing to enjoy cannabis to do so responsibly.