How To Press Your Own Rosin

by Megan Panameno - Posted 7 months ago 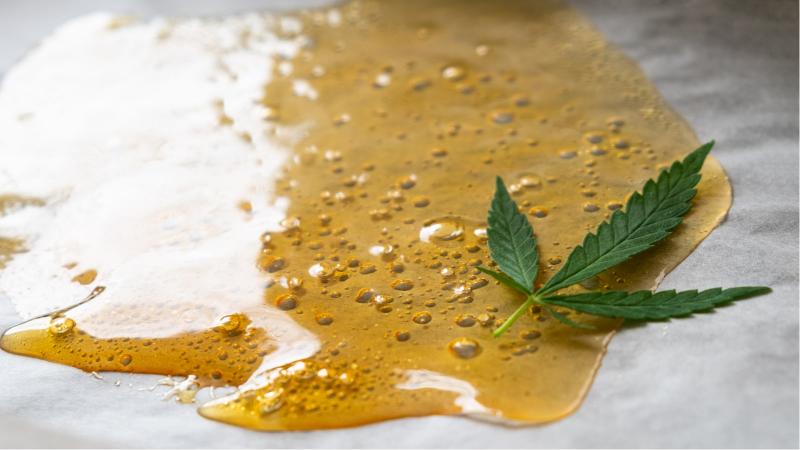 The term cannabis has come a long way in the last decade, what once was taboo to mention during casual conversation is now openly discussed while having dinner at the Ritz Carlton. With this break of stigma came pioneers whom began exploring the many unique ways of producing and consuming cannabis. If you’ve started researching this array of methods, odds are you’ve come across the terms ‘solvent’ and ‘solventless’ concentrates. Concentrates, which is a broad term used to describe all products that have been extracted from the plant, can either be made by using a solvent such as Ethanol, CO2, Butane or Propane, as well as with nothing more than heat and pressure. There are many different types of extracts sold on the market under various names like Shatter, Badder, Budder, Crumble and Honeycomb which mostly describe the consistency of the extract itself. Shatter will have a glass like finish and will be brittle to the touch, Badder and Budder will be a thick cookie dough or batter consistency while crumble and honeycomb break down like a feta cheese.
When it comes to solvent extraction, the process can be tedious and is typically better left to the professionals, however, solventless extraction can be simple if you have the right equipment. If you’ve ever seen a ‘rosin press’ and enjoy consuming extracts you probably thought to yourself, “I would love to have one of those at home” and if you haven’t, you're most likely thinking, “what on earth is a ‘rosin press’?” To break it down simply, it is a machine made up of 2 heated plates that uses enough pressure to press fresh cannabis plant material stripping out the oils to create what is known as ‘rosin’.  Interestingly enough that same heat process was initially used to create rosin for violin strings which is where the concentrate gets its name from.
Rosin extracts are ready in minutes and require very little prep work if you already have a rosin press machine. When picking what plant material you would like to press, the term “quality in equals quality out” should be remembered as your end product will reflect the quality of what you start with. When choosing your optimal temperature there are two approaches to be aware of; hot pressing and cold pressing. Hot pressing is better if you would like an oily or more shatter-like consistency for your Rosin and is achieved by setting the temperature from 170-200°F; for better terpene preservation make sure to stay under 220°F. This will also preserve the clarity of your end product as extended high temperature exposure can cause your plant material to darken leaving your end product dark as well. Cold pressing is perfect for producing a badder or budder-like consistency Rosin and is achieved by setting the temperature from 130-170°F. Cold pressing may cause a smaller yield of end product but is best for preserving the flavor and smell from the terpenes generally having a nice golden end color. When utilizing older plant material, a heat setting of 205-215°F is recommended and a heat setting of 190-200°F for fresh plant material.
Commonly asked question: What is the primary difference between Rosin and Resin?
To start, ‘Resin’ is a term used to describe a sticky component inside the Trichomes which are located on the outside of the plant itself. Have you ever noticed the little clear mushroom shaped hairs on the outside of cannabis when you look at it under a micro-lens? Those are Trichomes and they serve multiple purposes assisting in repelling bugs as well as providing the incredible smell and taste we all love from our favorite strains. They can get stuck to your fingers, the inside of your pipe or even leave a residue on your teeth after smoking a nice pre-roll.  The term ‘Live Resin’ is in reference to how the plant was cared for immediately after being harvested, instead of being cured it was flash frozen in subcritical temperatures to preserve all of the terpenes and cannabinoids within the trichomes. When ‘Live Resin’ plant material is used to extract it provides a vast terpene profile offering extremely rich flavors and smells; very sought after by those who enjoy dabs. The term ‘Rosin’ will be in reference to any concentrate that utilized a heat press instead of a solvent-based method to be produced. There is such a thing as ‘Live Rosin’ or ‘Live Hash Rosin’ meaning the extractor chose ‘Live Resin’ flower as their starting plant material but utilized a heat press in order to produce a ‘Rosin’ end product.